Recipients are the reason nonprofits exist and do what they do. Read their stories here.


Eli Makes a Discovery!
Eli walked to kindergarten every day with his mom and younger siblings.   Halfway there, the tears would start to trickle down his face.  He was miserable.  He wanted to do all that his teacher asked.  He wanted to keep up with his classmates, but he couldn’t.   Eli is dyslexic.

Not only was Eli unable to keep up with his studies, but his self-esteem plummeted.  Despite his family’s best efforts to help him, it became apparent that he needed more help than they and the school could offer.

Eli was tested at the Fort Wayne Center for Learning and his Mom says, “I finally found someone to talk to who understood my son and what he was going through.”   But the joy in finding the right place for Eli was tempered with a fear that they would not be able to afford the services.  Eli’s Dad is a pastor and Mom works part-time, homeschools Eli and his brother and together the family also cares for foster children who regularly come in and out of their home.  Mom said “It was the worst feeling to think that you might not be able to afford to help your child.” 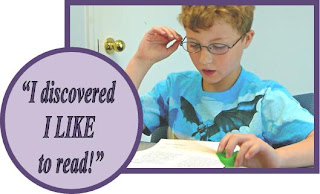 Luckily, because of the generous Fort Wayne area community, Fort Wayne Center for Learning was able to offer instruction to Eli at fees his family could afford. And as for Eli, he is a changed little boy.  He told his instructor and family (with a light in his eyes), “I discovered something yesterday.  I discovered I LIKE to read!”

By supporting the Fort Wayne Center for Learning, you are supporting scientifically-based, researched programs that work.  Its one-on-one, intensive instruction is the missing piece in the jumbled puzzle of many of its student’s lives.

Children like Eli need you and the Fort Wayne Center for Learning!  Your donations will allow it to continue to help children like Eli – who otherwise would not be able to afford this life-changing instruction.  A fun way to get involved and help the organization is by attending or participating in the 6th annual Brain Game.

For more information about the Fort Wayne Center for learning visit www.FWCL.org. 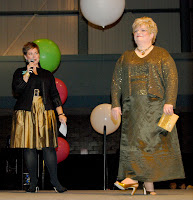 What does a wedding have to do with Francine's Friends, the mobile mammography program supported by Francine’s Friends, in partnership with Parkview Comprehensive Center and the Breast Diagnostic Center? Just ask Rosie Werling.

Rosie has worked for 25 years at OmniSource. It had been 20 years since Rosie had received a screening mammogram. So when she received the notice at work that Francine’s Friends would be onsite providing this important service, Rosie signed up. Little did she know how it would change her life. “I am a single mother and I didn’t really spend much time or effort on myself. Instead I focused my energies on my son, Jeff.”

When the day arrived for Rosie to join her co-workers on the coach to be screened, Rosie felt no apprehension. The coach was attractive and private; the staff was friendly and professional and the mammogram itself not as uncomfortable as she remembered from the past. Rosie had no symptoms; she hadn’t felt a lump. So she was not expecting the call back she received for more testing. In September of 2006, Rosie was diagnosed with breast cancer. She chose to have a lumpectomy as her cancer was found at an early stage. Rosie also found she was a candidate for a newer treatment — mammosite. She received her radiation treatment twice a day through a temporary implant over a 5-day period. Treatment was relatively short and Rosie suffered no side effects, even continuing to work full time while undergoing the radiation.

With treatment completed, Rosie was happy to again devote her time to work and family. Shortly after Rosie’s treatment ended, her son, Jeff, announced his engagement. Jeff and Jenn married in October of 2008.

This brings us back to the initial question: What does a wedding have to do with Francine’s Friends? Francine’s Friends, an all-volunteer organization, was named for Francine Schubert, who lost her battle with breast cancer in 2002. The mission of Francine’s Friends is to make screening mammography available to all women in Allen County, regardless of their ability to pay. Each year, an annual fundraising event hosts approximately 400-500 women and helps raise funds to cover the cost of the mammograms. At the 2008 event, Rosie was one of the cancer survivors who was featured at the breakfast. Rosie modeled a mother-of-the-bride dress and learned that anonymous “Friends” had helped underwrite the cost of the makeover, allowing her to keep everything she was modeling that morning. Rosie wore that same outfit to her son's wedding.

What does Rosie think of Francine’s Friends? “Early detection made it easier for me to deal with my treatment and made my recovery smoother. It was possible for me to enjoy every moment of my son’s wedding day.”