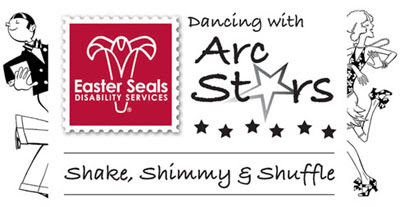 On February 11, 2011 the Arc Stars are coming out in Fort Wayne, Indiana. Local Fort Wayne celebrities will be out in full force to walk the red carpet into the glamorous Marriott Marquis Ballroom, before showing off their moves for your votes and a great cause, Easter Seals Arc of Northeast Indiana.  Dancing with the Arc Stars is a fundraiser to help sustain the Easter Seals Arc Recreation Program, which serves the entire community, with proceeds going to the ballroom dance fund.

Tickets are $60 for an individual, $100 per couple, and $500 for tables of ten.  For more information about Easter Seals Arc’s Dancing with the Arc Stars, please contact Valerie Magana at 260.456.4534 ext 267 or email vmagana@esarc.org.  Pictured here are just one of our 10 wonderful dancing couples.  Meet all the dancing couples here and learn more about them!
Posted by Blog Administrator at 3:48 PM 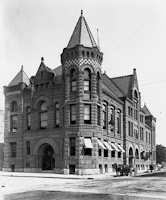 The George R. Mather Lecture Series continues on February 6, 2011 at the History Center in Fort Wayne with a presentation by Doris Yerger on 20th Century African-American Women’s Clubs.

The Sunday Lecture Series is sponsored by The Dunsire Family Foundation. All programs in this series are free to the public and begin at 2 p.m. at the History Center, 302 East Berry Street.

Originally from Hope, Arkansas, Mrs. Yerger  moved to Fort Wayne in 1947, retiring from General Electric after 25 years. She continued her education at the University of St. Francis and earned a degree in Social Work. She served as a volunteer for Lutheran Social Services, the Women’s Bureau and other local agencies. She has been a member of the Ultra Art Club for over 35 years.

The Ultra Art Club celebrates its 100th year in 2011. One of the few intellectual outlets for local African-American women of its day, the Ultra Art Club was originally formed as a way to teach its members appreciation for the arts, etiquette, fashion, and entertaining, but more importantly how to serve their community.

Throughout much of the 20th century, associations and clubs comprised of African-American women played a singular role in providing its members the opportunities to share their ideas, better themselves, and give back to the community.  Over the generations, the Ultra Art Club evolved into a vibrant force for promoting arts and culture, and compelling academic advancement.

For many years the Ultra Art Club has maintained a vibrant youth advancement program, offering assistance for education in the fine arts to elementary students and college scholarships to high school students.

Saturday, February 12, 2011 at 2 PM, the History Center will be the site of a free panel discussion in collaboration with the African/African-American Historical Society and Museum. The title of the program is “Two Years Later: The State of the Presidency, Mr. Barack Obama”.

Edward Mitchell will serve as moderator and panelists will be Eugene Butler, Herbert Hernandez, Winfield Moses, Jr. and Emery McClendon.

A newly created blog by the History Center, “History Center Notes and Queries” is available at http://historycenterfw.blogspot.com. The blog supplements the Mather Lectures and the History Center’s publications such as the “Old Fort News” and provides information for those wishing to know more about our community as they explore the museum and other historical sites in the city and county. New posts to the blog can also be found via the History Center’s Facebook page.

For more information, contact the History Center at (260) 426-2882 or visit the website at www.fwhistorycenter.com.
Posted by Blog Administrator at 1:26 PM

The American Heart Association will host the 2011 Heart Ball, "Rhythm of the Heart" at the Fort Wayne Country Club on Friday, February 25, 2011.

Just over 250 people may attend this formal event, which will feature dinner, a live & silent auction and entertainment. So be sure to reserve your space early! 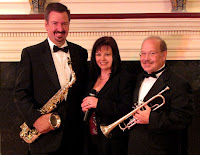 Dr. Rudy and Rhonda Kachmann will welcome guests for an evening of Jazz Music by the Dana Christy Trio and Chuck Surack's band, Prime Time.

The Heart Ball attendees will have the opportunity to support the Learn and Live Special Appeal, which addresses the critical issue of children's heart health. Research on heart-related birth defects, the alarming increase in childhood obesity, and teaching children about the importance of nutrition and exercise are just a few of the issues this initiative supports.

The Fort Wayne Heart Ball is a major fundraising event benefiting research, public education and  community programs of the American Heart Association and its mission-related activities in Allen County. In the previous five years the American Heart Association has funded 79 studies at six Indiana institutions with an investment of $9.8 million. Breakthroughs have been made, but many research questions remain.

The American Heart Association appreciates the continued support of the Fort Wayne community. Please contact Mary Pat Leonard if you are interested in sponsoring this event, donating an item for the live and/or silent auctions, or attending.