It was a beautiful day for the Steve Parker/ALS 5k run/walk.  The race was run during the triathlon.
The course was on a portion of the trails that the triathletes covered.  Steve is a long time member of Team TriFort and has been diagnosed with ALS and cancer.  All proceeds from this run will go to help Steve and his family as they endure the toughest race of their lives. Due to Steve's condition, he was not able to attend the race held in his honor. 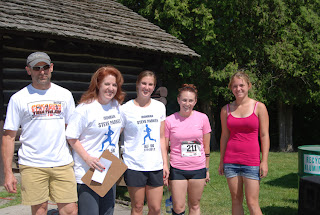 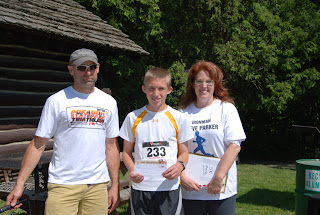 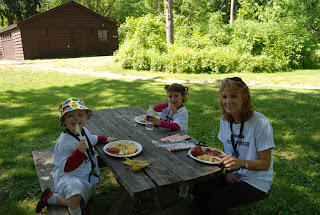 Racers received a technical t-shirt and goody bag.  Refreshments were served after the race.  Awards were given to top finishers in their age groups and the overall winners.  Click here to see the results of the 5k.
To learn more about Steve Parker, please read the article published on April 23, 2012 in the Fort Wayne Journal Gazette.
Posted by Blog Administrator at 2:06 AM